A Story of Iris 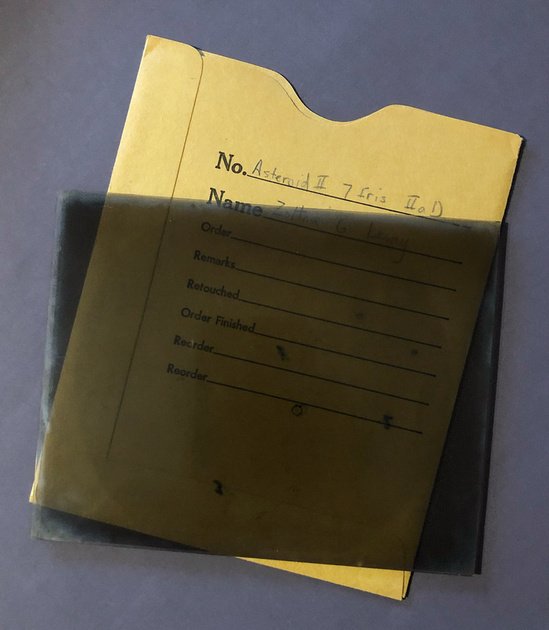 Not long ago I ran across something I've hung onto for almost half a century: a photograph of an asteroid I made for one of my astronomy classes in college. We were supposed to measure its position by comparison with stars also photographed in the same frame. I learned a lot about using a telescope and photography techniques for astronomy. Instead of film (and long before digital photography) we used glass plates coated with the light-sensitive emulsion, took an exposure with the telescope, and processed them in the darkroom -- fun class! 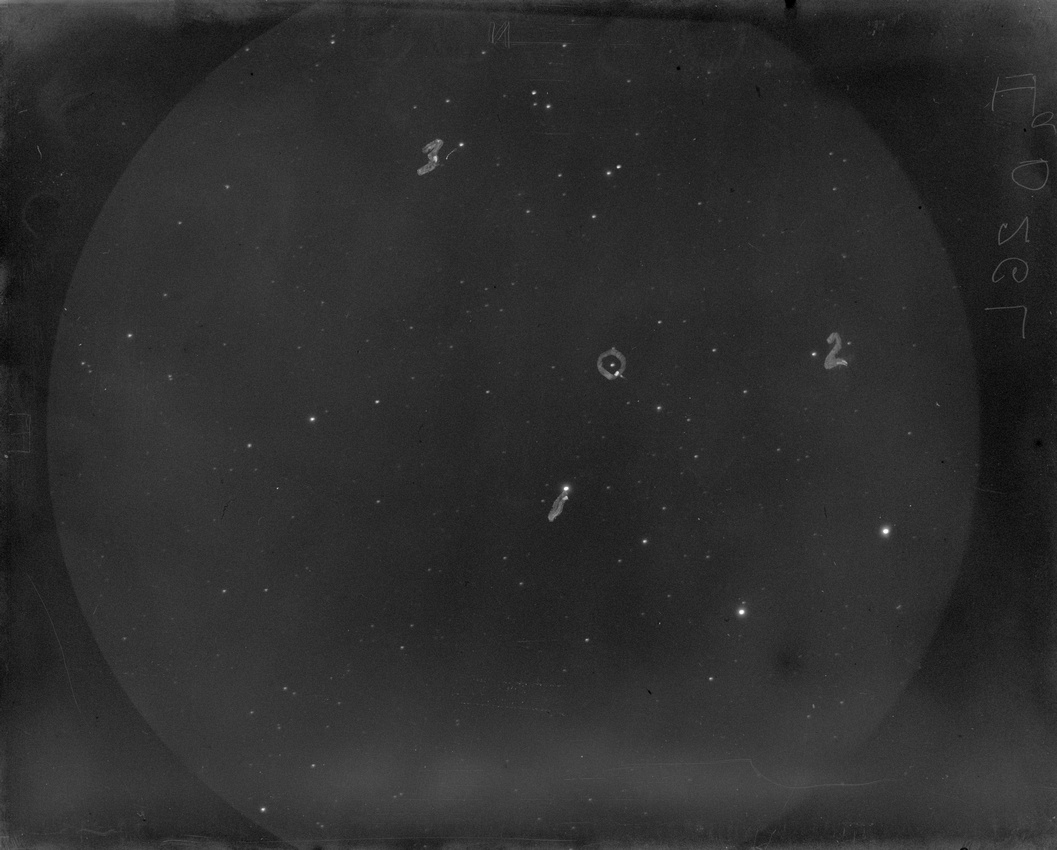 This is the plate with the asteroid, named Iris circled near the center, and a few stars marked to locate them in a star catalog. The telescope we used was the 12-inch refractor in the Kirkwood Observatory on the Indiana University campus. When it was built in 1900 it was a state-of-the art research telescope in the reasonably dark small town of Bloomington. But when I was a student, 70 years later it was used only for teaching, dwarfed by much larger research telescopes at mountaintop observatories, but very cool to use this beautiful, high quality classic. The observatory (as well as a University building and street in Bloomington) are named for Daniel Kirkwood, a 19th century Indiana University mathematics professor known for his study of asteroids. The Bloomington sky is not ideal for many sorts of observations now, but it works well for this particular exercise.

For some reason I got it in my head to see if I could photograph the same asteroid with my camera. This is a relatively bright object so I figured it would't be too hard. In fact it's the fourth brightest of all the asteroids and was the 7th asteroid discovered, back in 1847, hence the formal designation 7 Iris. It's now known to be in the Main Belt of asteroids, between the orbits of Mars and Jupiter. It's a rock only about 200 km (120 mi) in diameter 150 million miles away with an unusually bright surface and even has surface features identified from very detailed observations by the European Southern Observatory's Very Large Telescope. But it's too faint to see naked eye so needs long exposures or a large telescope. I don't have a large telescope but I can make reasonably deep exposures with a very sensitive digital camera and fast telephoto lens. And while a single clear, dark night isn't too unusual around here, I wanted to confirm that I was getting the asteroid, which changes position night to night. So I wanted at least two images separated by some time to show its motion, which needed some extra effort. 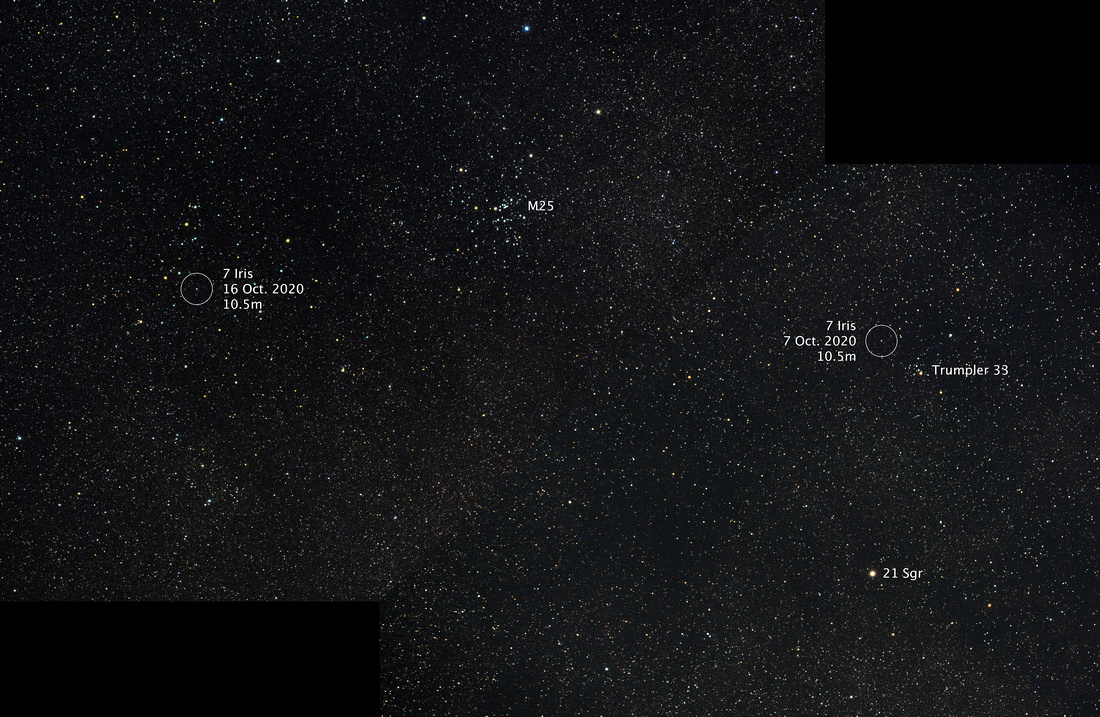 This is a mosaic of two photographs taken nine days apart with Iris identified as it moves across the Milky Way. Its brightness is intermediate between the brightest stars in the frame and many much fainter stars in the field at about magnitude 10.5 on astronomers' brightness scale. There are also a couple of star clusters nearby: Messier 25 (M25) is the large cluster near the top center and the smaller Trumpler 33 is at right. These are physical associations of stars in the Milky Way Galaxy called open clusters, known to have formed at about the same time at least a few million years ago.

I'm not ambitious enough to do something like calculate Iris's orbit, but these are the sorts of observations needed to do that. Repeated observations over many months and years provide data to compute the orbit through the Solar System.

Back to that old glass plate from college: I hadn't recorded the date it was taken and I couldn't remember exactly when I took the class but thought I might be able to figure that out from the asteroid's position in the sky. I sent the scan of the plate to the amazing facility astrometry.net, software that compares any image of the sky with very accurate star catalogs and returns the position, something I can't imagine doing manually. From the sky coordinates returned by astrometry.net, I was able to find the same location in the desktop sky simulation software SkySafari, which also shows the location of Solar System objects, including asteroids, for any time, past, present, or future. By running the clock back to the early 1970s, I found the date when Iris was within the field of the old plate: September 27, 1973.