Seeing or photographing the planet Mercury is a challenge, as it orbits so close to the Sun. But when the geometry is right, it's visible just before sunrise or just after sunset as a star in the fading sky glow. The other day I was using the trusty SkySafari sky chart software to check the phase of the Moon. I knew it was a thin crescent just after new phase and it would be setting shortly after the sun. But I also noticed that Mercury would be relatively nearby in the sky. And as luck would have it, the sky was crystal clear, after days of thick haze from western wildfires were cleared out by clearer weather from the north. I found a location with a low western horizon at a nearby wildlife preserve, Stillwater Marsh in Brown County, Indiana.

Just after sunset I searched and found the Moon and set up the camera on a tracker so it would stay fixed in the view and selected a lens that should put both the Moon and Mercury in the frame. As the sky got darker I kept shooting but never did see Mercury naked eye or on the camera's preview screen. But when I unloaded the images and began processing them, sure enough it showed up, though just barely. Wasn't even sure it wasn't a hot pixel (flaw in the camera sensor) but it appeared in the right place in several frames.

In case you can't see it in the picture above, here's an annotated version with an inset of Mercury in the lower left enlarged.

Also, here's a closer look at the crescent Moon from a separate frame with the lens at 500mm. It's hard to get a good, sharp image of anything in the sky near the horizon. We have to look through a lot more of the atmosphere than when we're looking straight up and all that air is dancing around, causing the light from bend around it. (That's why astronomers launch telescopes into space, like  Hubble, to get beyond the distorting atmosphere.) 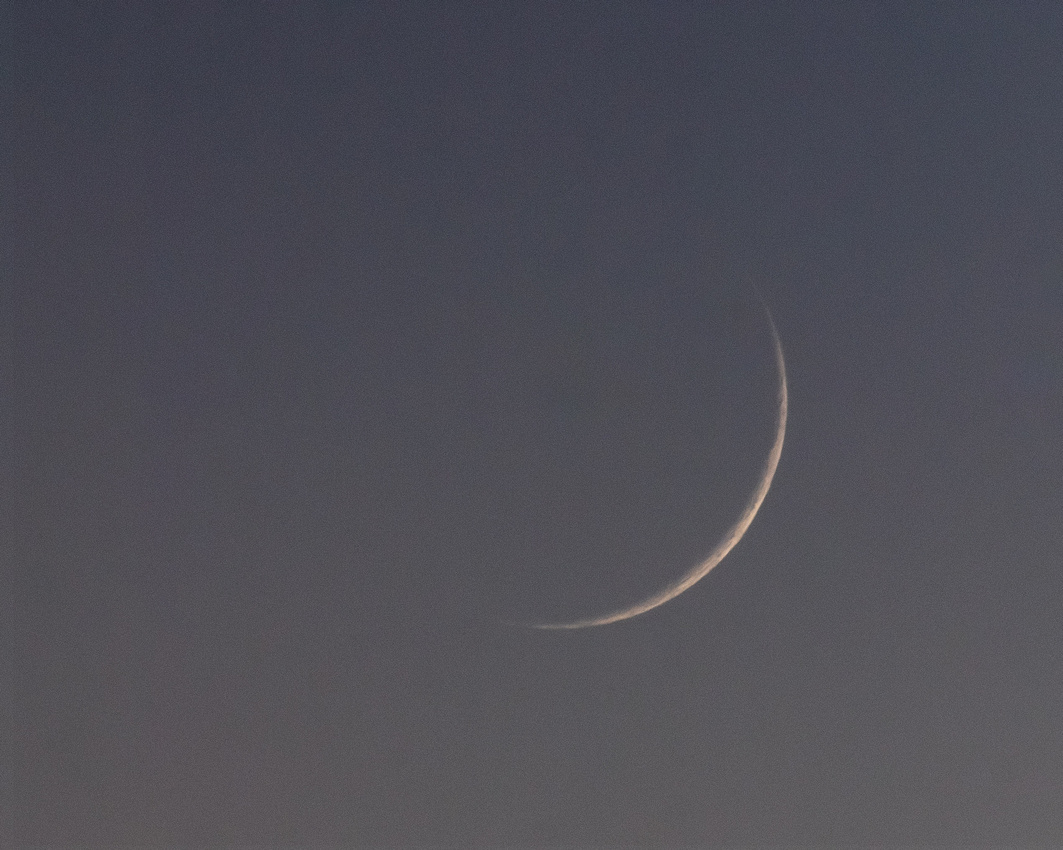