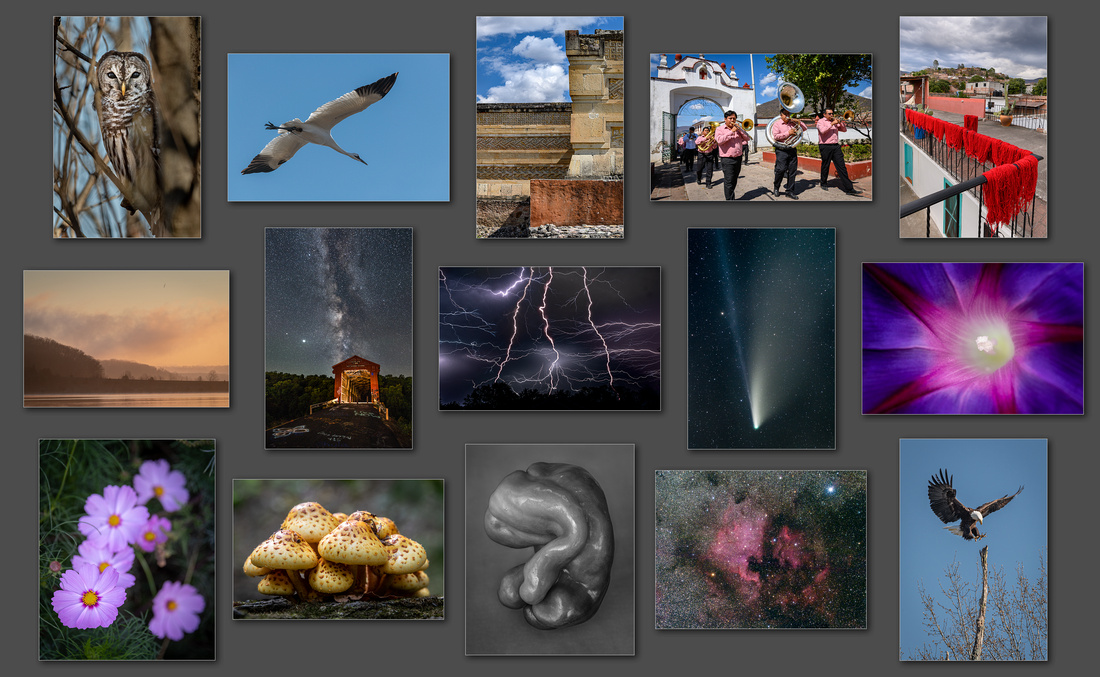 As we reach the end of a tumultuous year, I thought I'd look back at some of my photos taken in 2020. I've discussed some of these in other blog posts and I expand on a few more of them here.

Because of the pandemic, I missed some travel that I had been eagerly anticipating, but still was able to have some new adventures and explore some areas of photography more deeply. Here are some of my favorite photos from the past year. 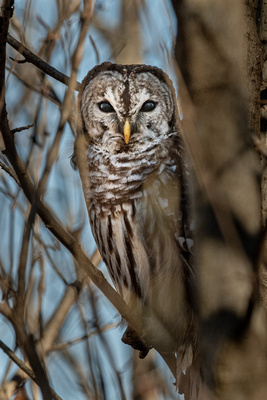 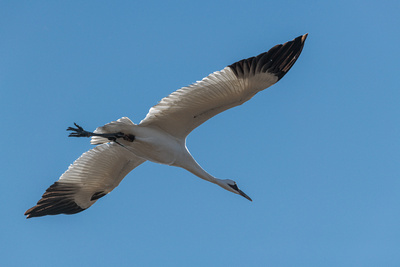 Early in January I went to west-central Indiana with some other photographers where a lot of interesting birds often hang out. Driving slowly along one of the back roads a car-mate suddenly said, "Stop the car!" We followed his gaze and saw a fine barred owl calmly surveying his territory from a perch not too far away. We quietly and carefully got out of the car and were able to take numerous frames before the bird flew off. It would have been nice if there weren't so many branches in the way, but I managed to get some pretty nice shots of this handsome bird looking back at us. A little later we stopped at a location where sandhill cranes often hang out. But instead of sandhills we saw a couple of magnificent whooping cranes, much rarer but often found traveling with their crane cousins. The whoopers took off and flew right above us so close it was difficult to track and frame them with a long telephoto lens. But I did manage a couple of frames of a magnificent bird with outstretched wings. (If you look closely you can see a tracking device on one of its legs. These birds are so rare that many of them are tagged and tracked by wildlife experts working to increase their numbers.) I am fortunate to have become acquainted with a number of local folks who are experienced bird photographers and familiar with locations such as this. I'm not as accomplished at this particular type of photography, but learning a lot and certainly grateful for the guidance of these folks. 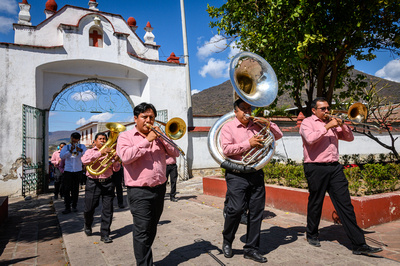 Later in January my wife and I were privileged to travel to Mexico to attend the wedding of one of our nieces to a young man from the small town of Teotitlán in the state of Oaxaca. This was not a resort wedding, but a traditional affair following many long-time customs of the local culture there. What a great experience to be welcomed into the home of the groom's family and take part in the festivities, including traditional dancing, much cerveza, mescal, and terrific food. I had to admire the wedding band: not only did they march and play to lead a parade from the home to the church - and back, but they played for many hours during three days of celebrations.

We also were able to spend a little time touring the area, including a couple of ancient archeological sites of the ancient Zapotec culture that thrived in the area a thousand years ago. Many monumental stone structures remain, with amazing designs that are still used in local crafts. (More examples are in a previous blog post.) 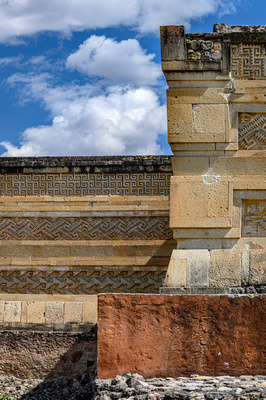 Teotitlán is known for the high-quality weavings traditionally made on large manual looms from locally sourced and dyed wool. In fact the operators of the bed & breakfast where we stayed were also weavers and we were able to see parts of the process, including dying and weaving.  It was certainly a highlight of the year, and we were grateful for this last opportunity before the pandemic prevented travel. 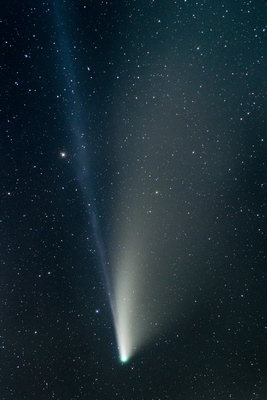 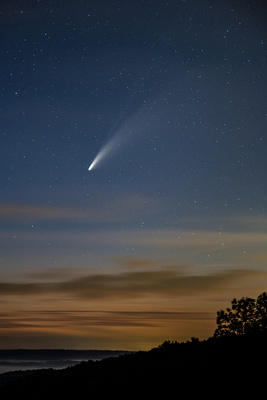 Comet NEOWISEA wide-ish view of Comet NEOWISE photo from a convenient overlook in Brown County State Park, Indiana after sunset. Earlier clouds graciously dissipated in time to get a nice view. The comet is getting brighter, very clearly visible naked eye, and the two tails are quite clear in the photo. This exposure shows more brightness in the sky than was visible.
Nikon D850, Rokinon 85mm f/1.4; 30 still frames, 4 sec. f/4, ISO 6400, post-processed in Lightroom, combined in Starry Landscape Stacker.

One of the most exciting events in 2020 was the unexpected arrival of an amazing comet, the brightest one in many years, known as Comet C/2020 F3 (NEOWISE). It came at a great time, as I have been ramping up my astrophotography equipment and experience (and something I could do while adhering to social distancing guidelines). But the schedule and the anxiety over clear skies were brutal! At first the comet was visible only in the early morning before sunrise, so several times I got up in the middle of the night, traveled to locations with a low eastern horizon, set up equipment, and frantically photographed until it got too light to see the comet. Later the schedule was a bit more civilized with the comet visible in the west after sunset. But the drill was the same: travel to a location with a good western horizon, set up equipment and shoot until the comet set. But the effort was worth it, with many nice photos of a rare and beautiful astronomical event. 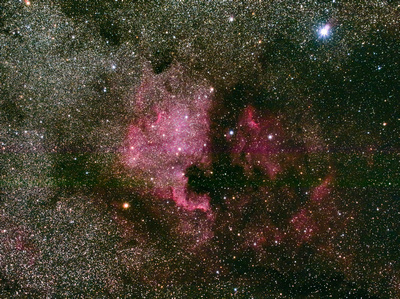 North America NebulaThe North America Nebula (NGC 7000), a star-forming nebula in the constellation Cygnus. A composite of 19 frames, 90 sec. each, f/8, ISO 6400, Nikon D800 modified to record the light of hydrogen. Processed in Lightroom and combined in Starry Sky Stacker.

In line with the comet experience, I have been more interested in pursuing astronomy subjects. Of course I have been immersed in astronomy imaging for most of my career. But after retirement I wanted to go in a slightly different direction from the more technical development of images for the Hubble Space Telescope mission and follow some of my original interests in astronomy, views of the sky and details accessible with more modest telescopes and equipment. One of the challenges in this type of photography is finding locations that are away from city lights and waiting for clear weather, all of which requires patience, planning and time. But it also helps to have like-minded folks similarly interested, especially those more familiar with the area than this relative newcomer. Though I continue to struggle with a few equipment challenges, I have managed to start to get some results that are satisfying. One of my favorites so far is the North America Nebula (named for its resemblance to the geography). An earlier blog post describes a previous version of this image that happened to be photobombed by a bright meteor.

I hope to continue this process, keep on learning and improving, and hope to have more images to show in the coming year. 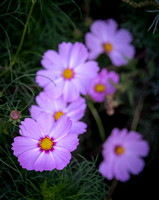 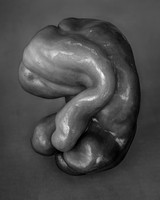 North America NebulaThe North America Nebula (NGC 7000), a star-forming nebula in the constellation Cygnus. A composite of 19 frames, 90 sec. each, f/8, ISO 6400, Nikon D800 modified to record the light of hydrogen. Processed in Lightroom and combined in Starry Sky Stacker.

Coming in for a Landing